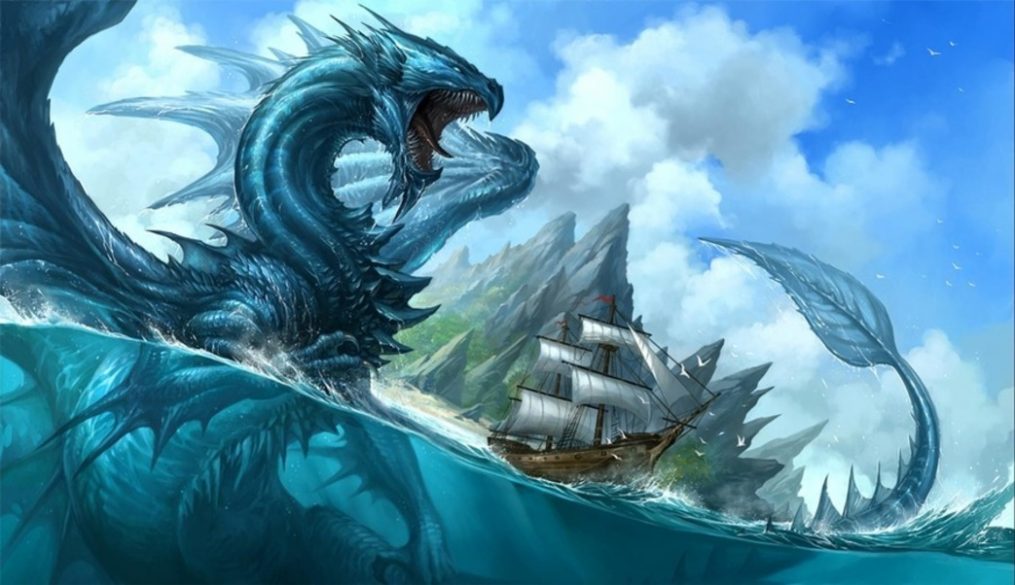 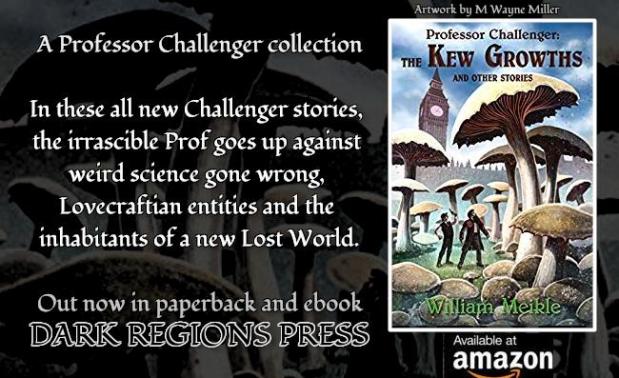 My Professor Challenger collection, The Kew Growths and Other Stories, is currently only 99c on Amazon

The Kew Growths and Other Stories is, as those familiar with William Meikle’s work would expect, a worthy addition to the Professor Challenger canon. – British Fantasy Society

Professor Challenger: The Kew Growths and Other Stories is another fantastic collection of short stories from William Meikle, and serves as excellent demonstration of his inherent skill as a writer, breathing fresh life into an obscure classic character and reinvigorating him for the 21st Century. – THE SCI-FI AND FANTASY REVIEWER

Once again Mr. Meikle proves beyond a shadow of a doubt that he is one the preeminent storytellers/authors writing today. – Literary Mayhem

The result is a collection of eleven tales that range from action-adventure to horror, each accompanied by an appropriate, often stirring illustration by M. Wayne Miller, whose black-and-white renderings… 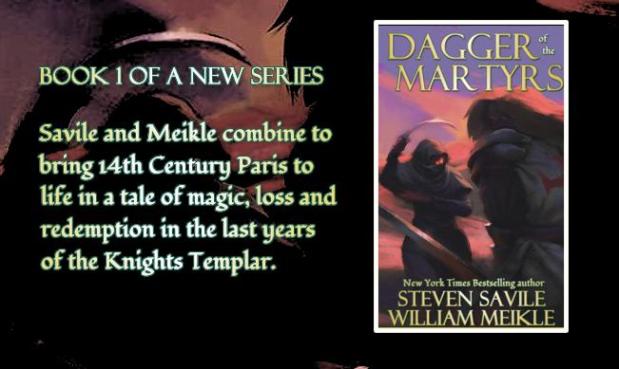 A collaboration with New York Times bestseller Steven Savile, and the first in a new Historical Fantasy series 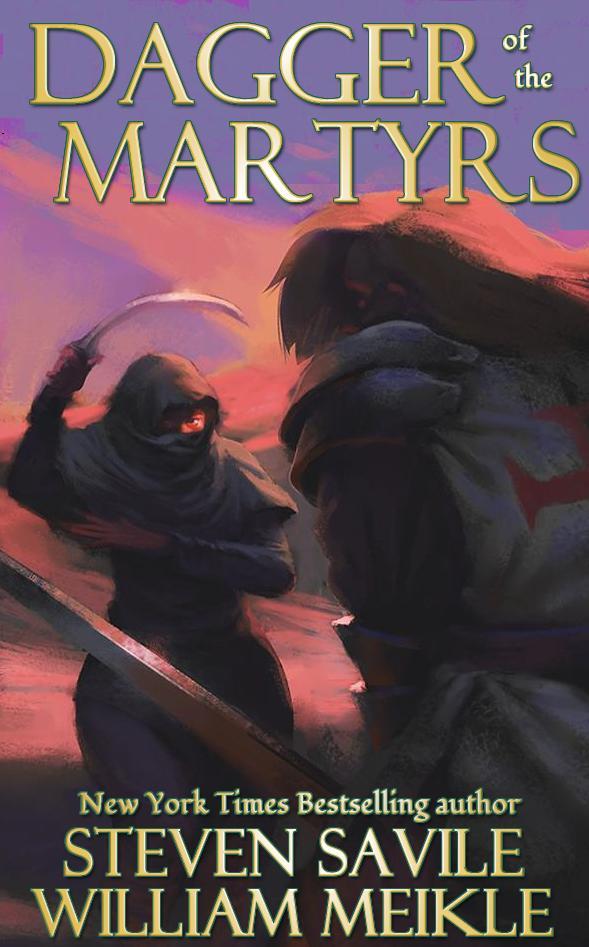 My novelette, ABOMINABLE, and the story collections HOME FOR THE SEA and SAMURAI and Other Stories are all currently 99c on Amazon.
https://www.williammeikle.com/99c.html

The Hiding Place by C.J. Tudor is her second novel. Joe is going back to where he was born, but does he really want to? No…not after what happened. Can he face his past, or will it consume him?

Tudor does it again! With her writing, solid characters, and her infusion of horror mixed with mystery, this story will keep you on the edge of your seat while quickly turning the pages. This is an excellent tale of fear, confusion, and self loathing. I highly recommend this story to anyone looking for an intense read.

FTD: Hi Jaffrey! I’m glad to have you here at FeeRtheDragon Blog. Can you tell us a bit about yourself?

JC: My name is Jaffrey Clark, and that typo in “Jeffrey” is in fact intentional. It’s a family name, come from Scotland. I’m a Philly suburb native, and even went to Penn State for college, so I’m pretty solidly a PA guy. As far as being a writer, I’ve always enjoyed writing, regardless of form: research papers, poems (attempted), or since about 2002 – novels. I actually got started writing some young adult mysteries that I self-published and sold locally as paperbacks. I may bring those to the broader market someday, but for now, I’ve been more into fantasy. As for being a full-time author – that’s dream, still in dream stage for sure. Fortunately, I do have a lot of interests, and really do enjoy being a “Jaff of all Trades.”

FTD: I love the moniker, “Jaff of all Trades.” Where did you get the idea or inspiration for your book series, The Shadow Tribe?

JC: Inspirations for the Shadow Tribe come from a few different places. Other words that influenced the favor of it would include Oliver Twist, Peter Pan (all the versions there of), Harry Potter, and Aladdin. For the specific plot and story, I’ve spent a lot of years enjoying and thinking about light vs. dark, how different they are, their differing powers, the balance between them, and more broadly, how our individual morality has an effect not only on us, but on the people around us. One idea being, that darkness brings more darkness, but that one point of light can dispel the heaviest of darkness and turn the tide, so to speak. I wouldn’t want to say too much more, or I might start dropping spoilers.

FTD: What is the most important thing about The Shadow Tribe series that you want your readers to know or to take away from after reading your story?

JC: That the value of human life is equal, regardless of age, ability, influence, or gender, and that no matter how wicked or dark a person can become, there is always a way back to the light.

FTD: Do your characters just come to you or are you inspired by people around you?

JC: I would say, some of both. You know, character inspirations are a lot like ideas – very few can even begin to claim originality. Even more so, if you love story, probably you are a reader and movie watcher. The stories, characters, and plots twists that have thrilled us, shape our creativity and always influence the characters we create. To be more specific, I definitely create characters that are dangerously close to being a reincarnation of a relative or friend. Not to scare people away, but, if we become friends, I can’t promise some piece of you won’t show up in my writing. (lol)

FTD: Do you have a writing process or routine?

JC: I’m a Toni Morrison writer by necessity: “Write at the edges of the day.” The bulk of The Shadow Tribe series was written in the early morning (5am-7am), and edited all over the place. I’ve re-read and edited my work for 10 minutes at a time before bed every night for months on end, and for a rainy afternoon during a 1/2 day off from work. Specific to mapping a novel, I like to outline, write character bios or backgrounds, even write the plot line points and snippets of conversations before actually writing a chapter or scene. I have for both of the fantasy series I’ve worked on, written further back than the story’s beginning, and written out to the edges, to better fill out my own vision of that world and its characters.

FTD: What inspired you to become a writer?

JC: I don’t know, really. I’ve been making up stories since I was a little kid, and I was pretty voracious for fiction when I was in Middle and High School. I think story is a powerful medium for teaching, encouraging, learning real-life lessons safely, and facing moral dilemmas in a place where other people’s or character’s mistakes and triumphs can inform my own thinking on things.

FTD: Can you name three of your favorite writers?

JC: Three of my favorite writers are C.S. Lewis, Sir Arthur Conan Doyle, and John Steinbeck. I could name quite a few more. It’s hard to pick three.

FTD: Can you name three of your favorite books?

JC: The Bible, Treasure Island, and The Hobbit. These are books I’ve read multiple times, which I don’t often do.

FTD: Do you have an interesting or bookish story about your writing career?

JC: Oh, my. Honestly, I would say no. Perhaps the closest correlation so far would be Rudy, only I definitely haven’t been given any play time yet. haha! i.e. I’m not well known, and not well decorated.

FTD: Where can readers find you?

JC: My stories can be found in ebook & paperback (hopefully audiobooks someday, side-note – going to try and unleash my inner actor and read them myself) at Amazon, and in ebook at Barnes & Noble, iBooks, and Kobo. There are a few other subscription type places I can be found too, including Over Drive I believe (the smaller name listing through Draft2Digital).

FTD: Thanks for joining me today, Jaffrey, and I wish you all the best with your writing!

You can find Jaffrey Clark here at his website where you can sign up for his newsletter:

You can also find Jaffrey at the following social sites:

My Review of The Shadow Tribe by Jaffrey Clark

The Boy with the Scar by Jaffrey Clark is the first book in The Shadow Tribe series. Joby is homeless, and he does what he has to do to survive.

I read the first three books and found The Shadow Tribe to be a quite engaging series. With wonderful writing, Clark has a way of bringing his characters to life and making us care for them. We see their struggles and feel their torment. While the series starts out with us meeting Joby, we are introduced to an array of wonderful, and not so wonderful people. The setting is like any other city that has its wealthy and poor, but Clark puts you in that city as if you were actually living there yourself.

With great descriptions, Clark’s imagination and character development takes us into Joby’s world. Full of mystery and intrigue, and did I forget to mention magic? Yes, magic, as with a lot of fantasy, Clark adds an element of magic that I’ve not read about bringing something new to the genre. I highly recommend this series to middle graders and adults alike.

Hope you all enjoyed the author spotlight and review. Happy reading, everyone!